To be fair, the title of this blog might be a bit misleading. It’s not really celeb gossip VS news. Today, celebrity gossip IS the news.

Just think about it…..

Dennis Rodman travels to North Korea to bring birthday presents to his mate, dictator Kim Jong Un. Is it a gossip, or a news item? Or a fusion of both? What about AFL legend Doug Hawkins standing for Palmer party in a last election? Or U2’s front man Bono speaking about Mandela. Gossip? News? Search Google News for “Schapelle Corby” and the top result is about the bidding war for her first post-jail interview. Does anyone really give a shit?

Do we really care what celebrities think or say? (the two are not necessarily the same) What’s even more important, when did it become acceptable to substitute facts of political, economic or cultural news with titbits of celebrity gossip disguised as news?

So what have we got here….Rodman is breaking the United States law that forbids the flow of luxury items into North Korea. Hawkins? He was, without a doubt, an extremely talented sportsman and a bit of a court jester on The Footy Show, but that doesn’t make him even remotely qualified to enter politics. Bono – hardly a person inspiring respect. He is known for his “efforts” to eliminate poverty in Africa; however some experts say that what he does is actually causing more damage than good. Also, Bono – the citizen of Ireland, is not the most popular Irish son, all because he chooses not to pay his taxes in Ireland.

So why are we being forced to accept these celebrity gossip – turn – celebrity-flavoured news?

The answer is two-fold. First, it is much easier for local news crews to regurgitate already substandard overseas news than to report it’s own. Second, and probably more important, is the fact that the news business is a money making venture. This makes it impossible to report the news objectively.

A couple of days ago I read an article about a Sydney woman being attacked on a busy street, with not one of the dozens of bystanders coming to her rescue. Luckily for her, the attackers changed their minds when she started shouting and screaming for help.

That got me thinking….why? Why all those people ignored woman’s cry for help? What happened to the notion of helping a “Damsel in distress”? As I was thinking about it, it occurred to me that there is no one simple answer to it. Rather, it is a combination of different ways in which we, as society failed ourselves.

The most obvious reason for people’s non involvement is the most basic of the feelings – fear. Not everyone can be a hero, not everyone is mentally prepared to face off with a car full of aggressive males. However, this is only true if you are alone. There were people in groups, able to match “body for body” the attackers.

I think the next 2 reasons are related to inadequacy of our legal system and the way we are bringing up our youth.

In Australia, the law is not geared towards protecting a Good Samaritan or encouraging a person to act as one.  NSW Civil Liability Act 2002 No 22 states that a good samaritan can be liable if he/she “failed to exercise reasonable care and skill in connection with the act…” What it really says is that you can pretend to be a Superman, or a Wonder Woman, only to have the dubious pleasure of being stabbed, or shot at, AND then being sued by the villain, or even the very victim you were trying to protect.

Further, Australia lags behind in introducing a law which would make it a legal requirement for citizens to assist people in distress. There are dozens of countries that have this law in place, some of them are Brazil, Denmark, Greece, Israel, Russia and Spain.

Which brings me to the second reason – the way we educate our young generation.

We are way too accepting, way too tolerant, even when acceptance and tolerance becoming synonyms for apathy and desertion. Our political correctness is going to cost us dearly. 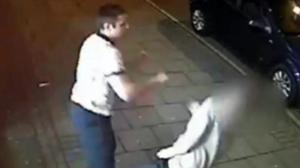 Take recent attack at Canberra night club, which left its victim with a fracture to his eye socket, a fractured cheekbone, and bleeding from his forehead, nose, and lips. His attacker? Sentenced to eight months in jail, fully suspended. Suspended? How about showing that we are serious and locking the bastard up for 2-3 years, making sure he works his ass off?

Or how about our attitude towards drugs? Melbourne drug addicts might be in luck. Needle vending machines could be rolled out in Victoria this year. Because you know, those poor addicts, they need to do drugs outside of business hours too. How about showing that we are serious and locking them up until they are clean, making sure they work their asses off?

Now let’s move onto politics… MP Geoff Shaw investigated over claims he rorted taxpayer entitlements. MP Scott Driscoll  under fire over family business dealings. Former NSW MP Joe Tripodi faces ICAC investigation. Keilor MP George Seitz was under scrutiny as fraud squad investigates allegations that he misappropriated hundreds of thousands of dollars in gambling money. Those are the people who suppose to be our leaders and decision makers?

How possibly can our young understand what’s right and what’s wrong, if we keep sending them these mixed messages?

Now, I am not a whinger, but….why don’t we call things what they are: a bully, a corrupt politician (tautology?), a drug addict, a criminal. Maybe then our children will have at least a small chance to be able to tell right from wrong and maybe, just maybe we will be able to live in a country that once again will deserve the title of the Lucky Country.