Yesterday Melbourne was in a grip of a racing fever. There’s been a lot said over the past few days about the Melbourne Cup all over the internet and traditional media, so I’m not going to talk about it. I’ll leave it to others to talk about the winning horses, or talented trainers, or incredible jockeys.

Inside one of Zap’s many locations

I want to talk about something completely different. At about the time when Race 7 was stopping the nation, I was in a middle of my own race – on a treadmill in my local gym. Coincidently, there was a lot of people around me, who cared very little about the races, but who cared a lot about deadlifts, bicep curls and reps. While running, I was listening to  Lay Me Low – a great song by an extremely talented Nick Cave. I must’ve been hearing this song for the hundreds time, but for some reason, this was the time when something about the lyrics attracted my attention. In particular, these lines:

This made me think – how many of us will merit a six-page feature when we go? How about a one page? Or even a single line? Too many of us go through life without really doing anything outstanding, without caring about what’s happening around them, without being a Somebody.

Now decades later, listening to Nick Cave, I remembered this conversation and thought that I would rather, in a words of a song, Make a Stand. I would rather get a reputation.

Be known for something. Be known as someone.

The Glasgow Commonwealth Games are now finished. Australian athletes performed impressive, as usual, however their performance has been somewhat overshadowed by the altercation between Australian weightlifter Francois Etoundi and Welsh weightlifter Gareth Evans. I’ve heard some people commenting on it “boys will be boys”, “just a bit of testosterone release” or “no harm done”. Maybe so – although head butting another person in a face is probably taking things a bit too far.

What I don’t like about it, is that each and every one of our athletes at the games is representing Australia. They are our collective face, our collective voice, our collective image.  Aussies are generally known as laid-back, easy going bunch, and incidents like this are doing a lot of damage to our reputation.

Unfortunately, Etoundi is not the only one doing the damage. During 2012 London Olympics rower Josh Booth has been booted from the games after he had “few too many” and proceeded to destroy display windows of local shops. During the same Games, our swimmers Cameron McEvoy, Eamon Sullivan, James Roberts, James Magnussen, Matt Targett and Tommaso D’Orsogna have received suspensions and been ordered to pay fines to Swimming Australia for the inappropriate distribution of prescription drugs, prank calls and door knocking late at night, and general misbehaviour. And what about Aussies at the New Zealand Games back in 1990, when a couple of our boys decided it’s a great idea to run through the Game’s village naked? Or our team in India, letting things to get a bit out of control and throwing a washing machine out of the 7 storey window? 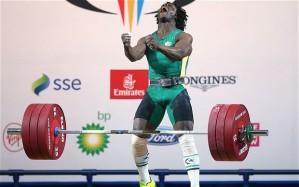 Some of these incidents seem more serious than the others, some seem totally harmless, but the reality is – they all contribute to creating the image of us that we would rather not get. An image of rowdy bums who like to get drunk, get into fights and cause nuisance.

Now, I’m not a whinger, but…if you put that Green-n-Gold uniform on, you are not just an Australian – you are The Australian, so make us all proud.

To be fair, the title of this blog might be a bit misleading. It’s not really celeb gossip VS news. Today, celebrity gossip IS the news.

Just think about it…..

Dennis Rodman travels to North Korea to bring birthday presents to his mate, dictator Kim Jong Un. Is it a gossip, or a news item? Or a fusion of both? What about AFL legend Doug Hawkins standing for Palmer party in a last election? Or U2’s front man Bono speaking about Mandela. Gossip? News? Search Google News for “Schapelle Corby” and the top result is about the bidding war for her first post-jail interview. Does anyone really give a shit?

Do we really care what celebrities think or say? (the two are not necessarily the same) What’s even more important, when did it become acceptable to substitute facts of political, economic or cultural news with titbits of celebrity gossip disguised as news?

So what have we got here….Rodman is breaking the United States law that forbids the flow of luxury items into North Korea. Hawkins? He was, without a doubt, an extremely talented sportsman and a bit of a court jester on The Footy Show, but that doesn’t make him even remotely qualified to enter politics. Bono – hardly a person inspiring respect. He is known for his “efforts” to eliminate poverty in Africa; however some experts say that what he does is actually causing more damage than good. Also, Bono – the citizen of Ireland, is not the most popular Irish son, all because he chooses not to pay his taxes in Ireland. 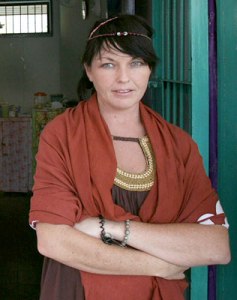 So why are we being forced to accept these celebrity gossip – turn – celebrity-flavoured news?

The answer is two-fold. First, it is much easier for local news crews to regurgitate already substandard overseas news than to report it’s own. Second, and probably more important, is the fact that the news business is a money making venture. This makes it impossible to report the news objectively.

This week I celebrated my second anniversary. Second anniversary of going to gym that is. Yes, I belong to a gym now. Well, let me rephrase that: I don’t belong there at all, but I go.

For the whole 2 months I was coming to this place, doing things to my body that no body should ever endure. I was making it run, lift weights, bend into weird shapes. I hope one day my body will forgive me for making it do all these crazy things.

Inside one of Zap’s many locations

Some would say that two months is not a big deal, that people are going to gym for years. Well, it is a big deal for me. You see, when you are on a wrong side of 40 years, on a wrong side of 100 kilos, and when the only exercise your body knows is lifting a fork full of herring salad and a glass full of vodka, any additional effort can potentially become that infamous straw that broke the camel’s back.

When I was shopping around for a gym, I looked at about half a dozen of them, most within walking distance from me. One was too “boutique” for my liking, another one too “hardcore”, yet another one too expensive… But one struck the right balance – it was reasonably priced, seemed nice inside, the fact that it’s open 24/7 was also a factor. But what really swayed me over was the location.

Perfect location for any gym

Talk about perfection. Such thoughtfulness, such attention to detail. On a way to gym you can pop into Grill’d, get one (or two, or three) of their “Hot” Mama burgers, move next door in an attempt to lose just acquired calories at a gym, fail miserably, leave the gym disappointed and move on to the Cellarbrations to drown you sorrows in alcohol – all without having to cross the road or move your car.

I guess there is a lesson in this. All these things can co-exist. One can eat out, have a glass (or two) of alcohol, and still be a gym-goer. There is nothing wrong in indulging in life’s little pleasures, as long it is done in moderation.

Australian sport is going from one drug related scandal to another. In a last few months we’ve heard all about Cronulla Sharks, Essendon Bombers, and now Sydney Roosters looking down the barrel of the ACC’s investigation. I don’t think anyone’s really surprised anymore to hear about yet another drug scandal in sport.

Of course, nothing’s new under the sun. We all remember Ben Cousins’ drug scandal in 2007, Shane Warne’s ‘My mum gave it to me’ saga (did anyone actually believe that one?), Tour de France’s greats Lance Armstrong shocking allegations of 2011, and Floyd Landis before him, back in 2006. One good thing that came out of drugs scandals in Tour de France, is the numerous jokes it generated. Here are just a couple: “Amsterdam is like a Tour de France. Just a lot of people on drugs riding bikes.” 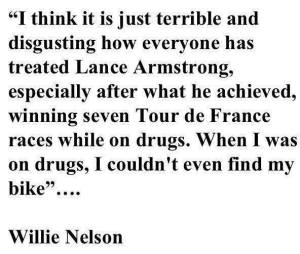 All this got me thinking. I understand the motive behind the decision to cheat. For some, it’s the ambition to be number one, for others it is the temptation of money, for yet others it’s the promise of fame. So when did it all start? When did the sport lose its purity?

The sad truth is, it all started millennia ago. In ancient Greece, the original Olympians used extracts of mushrooms and certain plants to create performance enhancing mixtures. During Roman period, gladiators were given drugs to make their fights more “spectacular”.

Once again, I am not a whinger, BUT… Here’s what I don’t get- why would anyone with half a brain risk taking drugs? Forget about the issues of morality, honesty and integrity. I’m talking about the health risks that associated with drug use. It should be obvious to anyone that long-term negative effects of drug use outweigh any dubious short-term “benefits”.

And just to finish it off:

A female athlete is preparing for the Olympics. She goes to the coach and complains about the tablets he is making her take.

“They are causing hair to grow on my breasts.”

“Ah whats the problem, a little bit of downy hair. everyone has a few little hairs’

“Well exactly how much is there?’

“They grow all the way down to my balls, and that’s something else I want to talk to you about’